How To Protect Yourself From Creepy Clostridium

Ah. Feast your eyes on that succulent beef steak! Look at how easily the knife slices through the tender meat. So moist and juicy and just waiting to be eaten. Looks good, huh? But don't take too long serving it up, because if you do, Creepy Clostridium might just hitch a ride to give you a meal that you definitely won't forget!

"Creepy Clostridium", is how I refer to Clostridium perfringens, the bane of kitchens and eateries around the globe. The bug which, according to US government statistics, single-handedly causes approximately one million cases of foodborne sickness each year. This is one guest that you surely don't want to invite into your home. Fortunately, there are ways to protect yourself from this troublesome intruder, and you're going to learn about them in this installment of the Foodborne Illness series.

What Is Clostridium Perfringens And Where Does It Come From? 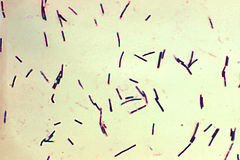 Clostridium perfringens is the scientific name given to a ubiquitous bacteria that is found throughout nature. Because they're so adaptive, it's not uncommon to find them on decaying plant matter, human and animal intestines, soil and even the bottom of the ocean.

Food sources of Clostridium perfringens include raw meats, poultry, gravies and precooked foods, which means that one way to keep it out of the human body is to thoroughly cook these foods before you eat them.

One thing that makes Clostridium perfringens so creepy is that it could be lingering on perfectly normal looking food. Anyone can get sick from this bacteria. Humans usually become infected after they eat foods contaminated with the bacteria. This commonly happens in hospitals, school cafeterias, nursing homes, catered events, or anyplace where large quanties of food are prepared and served.

What Are The Symptoms of Clostridium Food Poisoning?

Clostridium perfringens causes gastroenteritis, and sympoms can set in 8 - 22 hours after eating contaminated food. The most common Clostridium food poisoning symptoms include severe abdominal cramps, diarrhea, passing gas and, in some severe cases, dehydration. Although most people suffer through a day of discomfort, very young children and the elderly have the hardest time with Clostridium perfringens, which can cause them to remain sick for up to one week after infection. 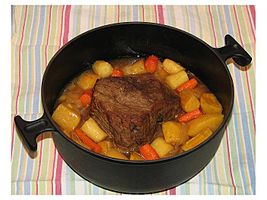 When you stop to think about it, humans and Clostridium have co-existed for millions of years. The only time this bacteria really becomes dangerous is when we either carelessly or unwittingly allow them into our bodies. And now that we're armed with important facts and prevention tips, "Creepy Clostridium" isn't so creepy afterall.

We'll see you here next week for the next installment of the Foodborne Illness series.

Preventing Foodborne Illness Associated With Clostridium perfringens. The Institute of Food and Agricultural Sciences at the University of Florida.  http://edis.ifas.ufl.edu/fs101

"How To Protect Yourself From Creepy Clostridium" copyright 2012 Living Fit, Healthy and Happy(SM). All Rights Reserved.

Posted at 06:00 AM in Food Allergies/Poisoning/Intolerance, Food and Drink, Science | Permalink | Comments (0)